Set in the heart of New York’s financial district, this pocket park and garden was commissioned by the British Memorial Garden Trust and given to the city in memory of British and Commonwealth citizens who lost their lives during the attacks of September 11, 2001 and ensuing wars. Developed from a plan by English designers Julian and Isabel Bannerman, the site is intended to evoke an English garden. Lynden B. Miller and I designed plantings to capture that spirit while using tough, reliable plants that can survive a busy and very shady NYC park environment. A ribbon of 67 Nandina domestica ‘Gulf Stream’ shrubs winds through the park, in memory of the 67 British victims of 9/11. 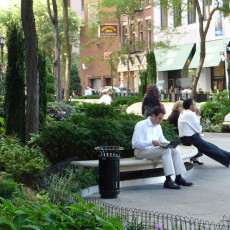 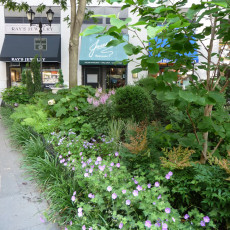 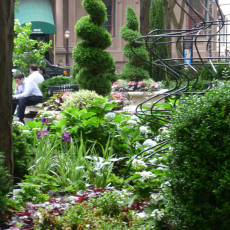 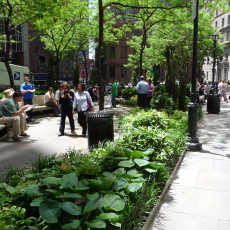 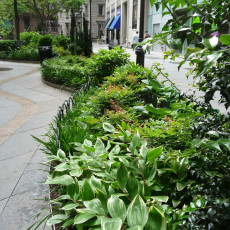 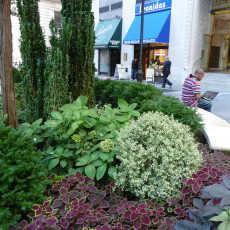 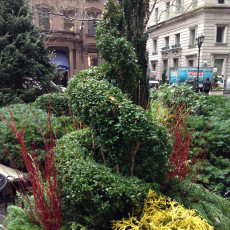